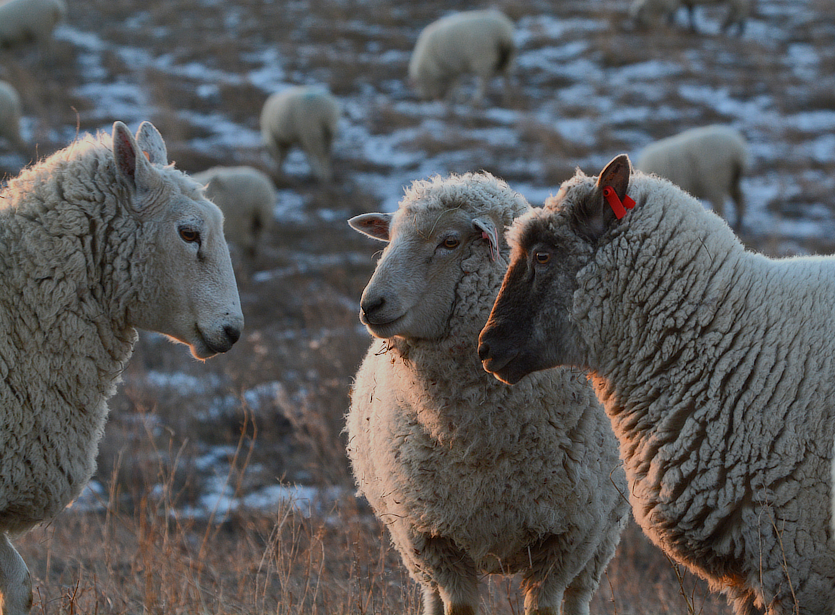 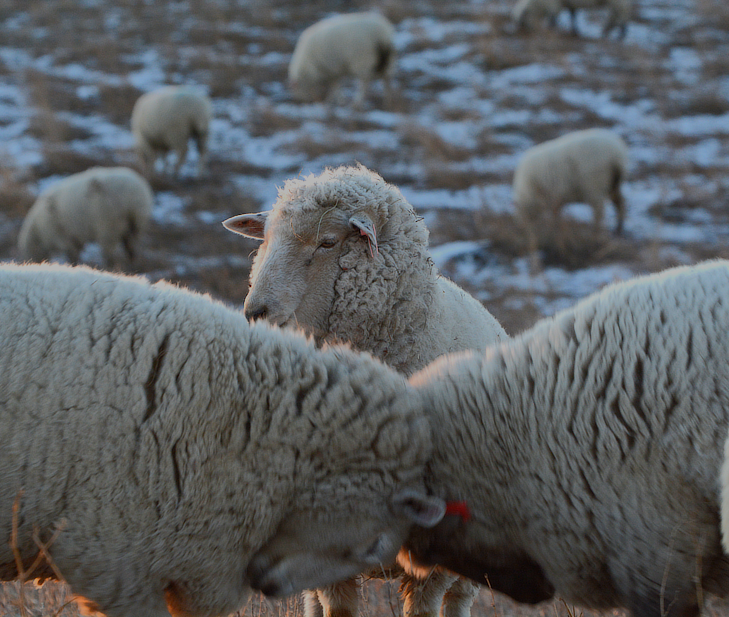 There is a lot of this going on between the ewes, especially when they rise in the am. While the majority of the ewes busy themselves with eating there will be tidy groups and pairs here and there, sparring with each other.  They seem to get it all out of their system in the morning or else they wear it off during the day because by evening peace reigns again. 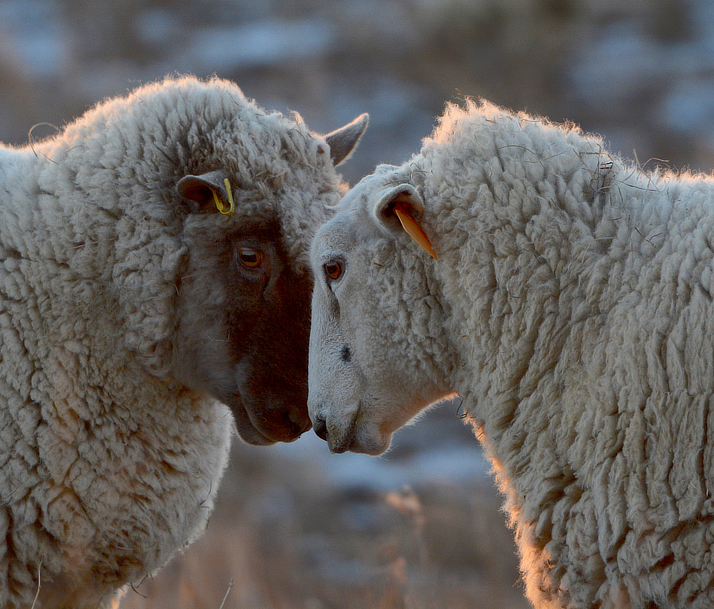 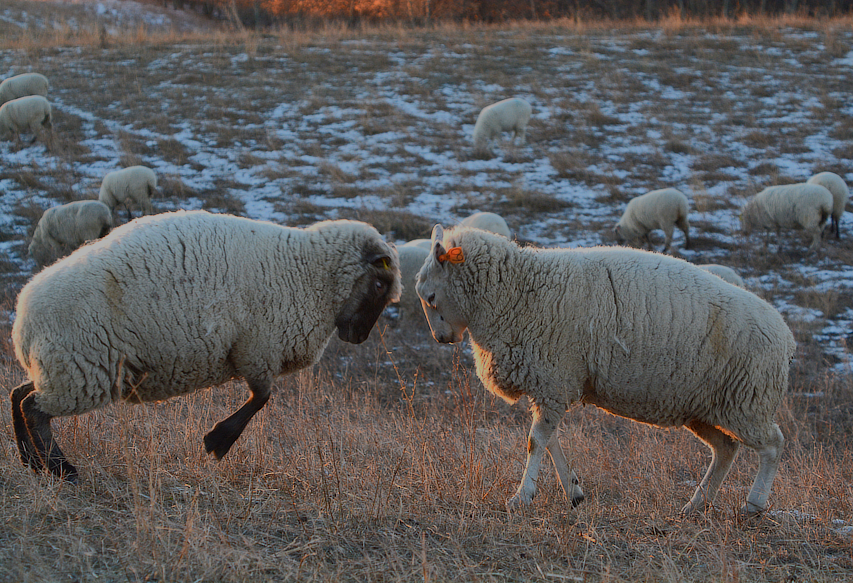 For the last week small bunches of ewes have been travelling around back to where the rams are and hanging out there. They are going quite a distance to get there, as it’s not a small field. Each evening I need a stock dog to move them off the fence and back to the flock. Tonight as part of our walk I decided the five Kelpies and I could make our way around back. By now I figured just us showing up should send the ewes on their way.

It did, the ewes spied us coming over a hill and moved off well ahead of us. Because they have to travel a ways we followed to make sure they completed the journey. The ewes are staying well out in front so there was no work to be had, we were just on a walk to double check.

The dogs crested a rise along the trail ahead of me when BlackJack spotted movement in the distance. He was off, full speed ahead, down into the draw and out of sight. By the time I figured out where he disappeared to he was committed. He did one hell of an outrun to get there and got around the small group. But he’s way far away from me and we have no communication between us at long distances yet. BlackJack’s flaw is that he doesn’t feel his stock and comes in fast and eager, especially when off on his own like he is now. He isn't doing a lot of good work and the rushing in causes the sheep to split up. He’s fine with that though as he loves to work a single, which is what he tried tonight. Between the ewes panicking about getting away from him and getting back to the flock, and me closing the distance between us and recalling him, he lost the sheep and came in; happy as a clam. I let him have his day. Gosh the distance he traveled for that outrun ... , and we haven’t done any distance work yet.

Afterward I took BJ and Cajun with me to gather and move the flock for real, bringing the ewes home to the barn paddock. All I caught was one very fuzzy phone photo taken while still out on the pasture. I was too busy enjoying Cajun’s enjoyment of being out for a job. It’s been awhile for him. BJ loves to work with another dog so she was right in step with him and loving it too. 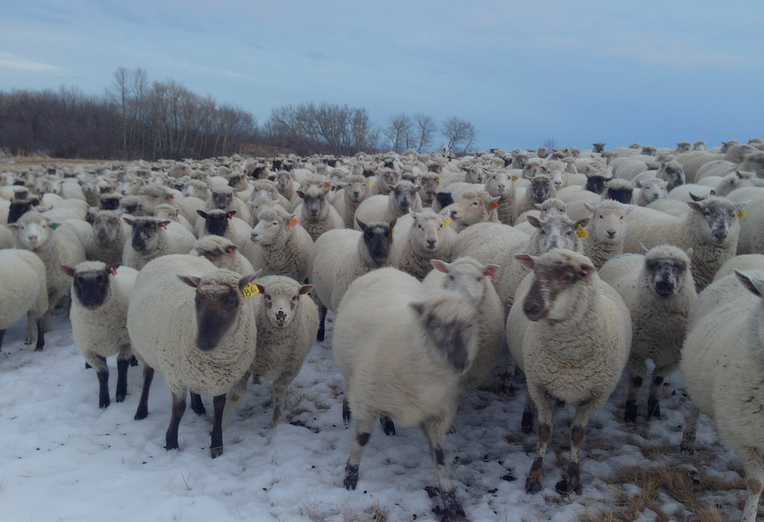 We parked the ewes behind the barn for the night. All in all a refreshing evening of dogs and sheep and simple work, just me and my Kelpies. Tomorrow is a full day of sorting the ewe flock for breeding time.