Hhphmm, I’m not too fond of sheep or guardian dogs at the moment. This morning me and Allen re-sorted one of the big groups we sorted on the weekend because some lambs crawled through a hole in a section of old page wire and rejoined. A hole that was stretched open by the guardian dogs. 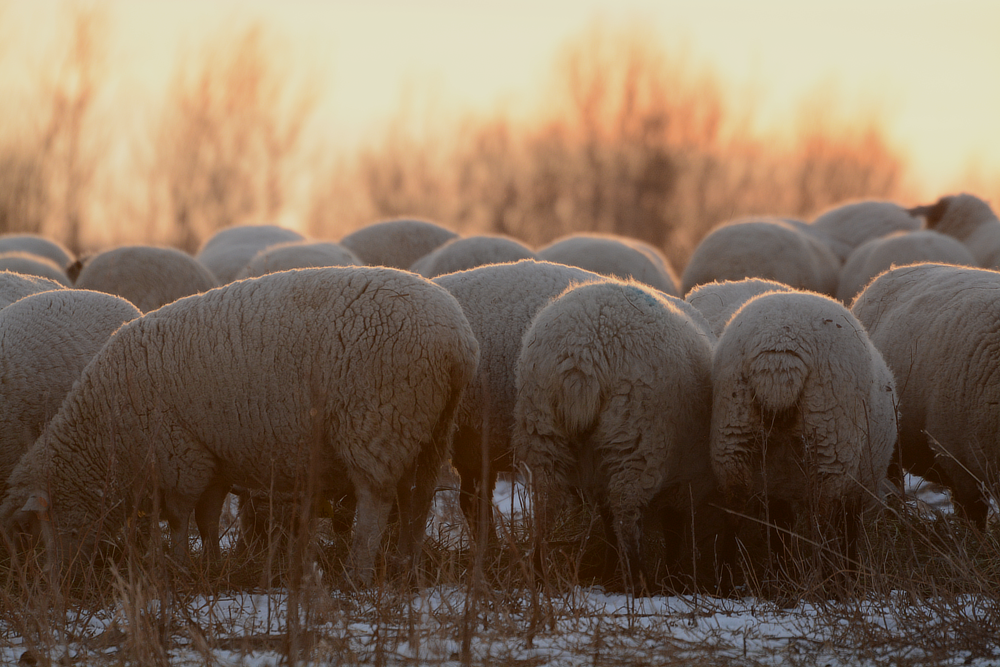 The Kelpies were pleased with more sheep work but I was less so. I did give BlackJack a go on the group of cull ewes and lambs as we needed them moved out of the way to bring the other group in. That group is close to two hundred strong so a big group for his inexperience. A little rough around the edges since we haven’t trained in the latter half of this year but he handled it and got everyone where needed.

I put BJ and Cajun in for the rest of the work moving and holding animals along the alleyway. This time it was a much quicker sort since we didn’t need to check everyone, just run them down the raceway and draw out the ten or so lambs.

Wait, it gets better though. While doing this Allen spied a ram lamb that we didn’t know was in there! Where did he come from?! Obviously I missed this fellow completely at lambing time or maybe we had a castrator ring malfunction. But then he slipped through the cracks again at sale time and then again at last sorting!

There are occasional incidences that make one feel less than competent about managing one’s job. Yeah. This is one of those.

After the morning of unexpected flock work it was a wool washing and felting kinda afternoon.  The only raw fleece from our flock that I have at the moment is a yearling fleece from 2016. Not a prime fleece but it needs to be used or tossed and I’m eager to felt with it. I am amazed at how it washes up, already a big difference after the first soak. 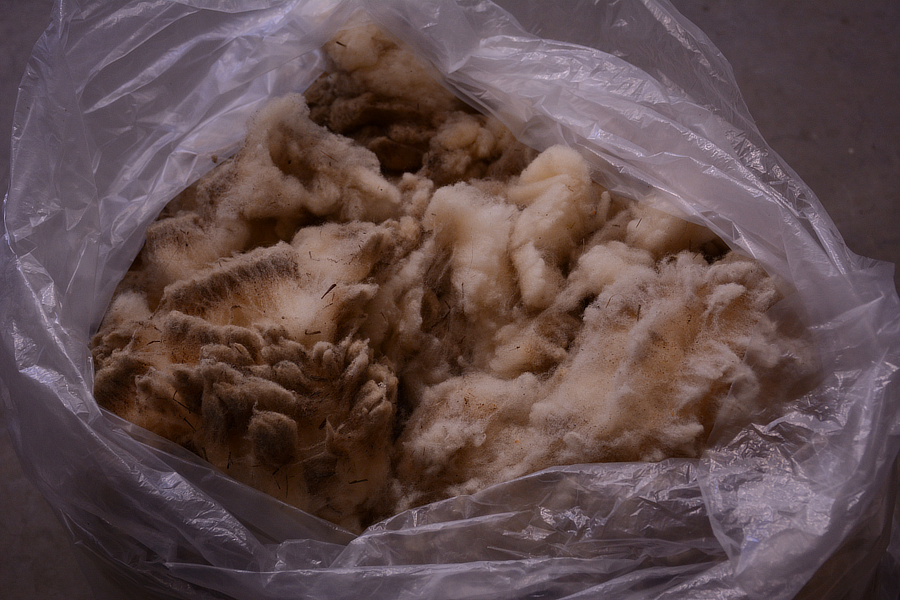 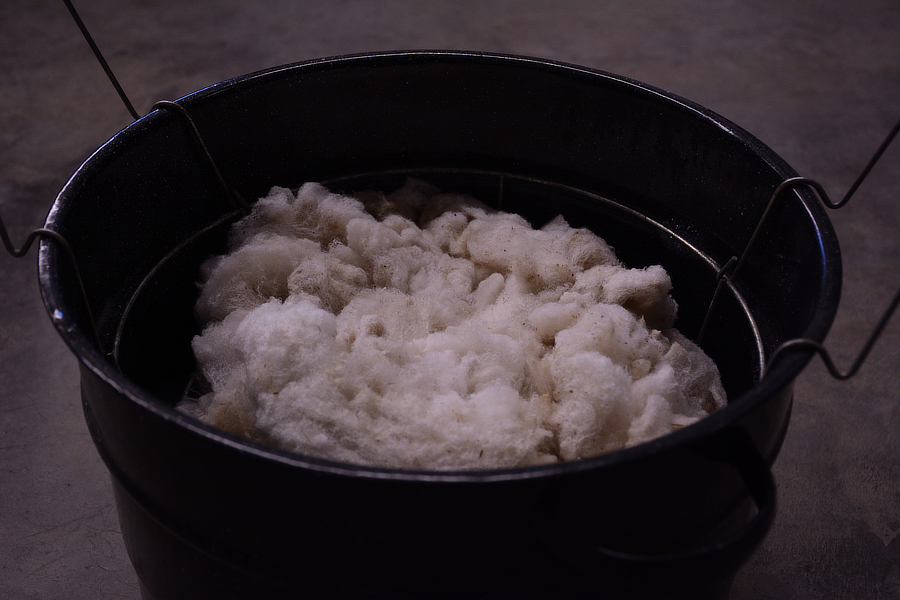 (I do know it's better to store wool in breathable cloth or boxes, this one was stored that way. It's been in the bag since I took it to the fibre event this summer and haven't looked at it until now).

After playing with wool I feel a little kinder toward sheep once again. Now that the day is all said and done and that lamb has been duly noted, I can almost chuckle about it; good grief what a lucky lamb.