We have come through the thick of lambing in good order, and the remainder of ewes left to lamb will be at a trickle now.  I lost one ewe to a prolapse and have 14 lambs on the milk pail at the moment. 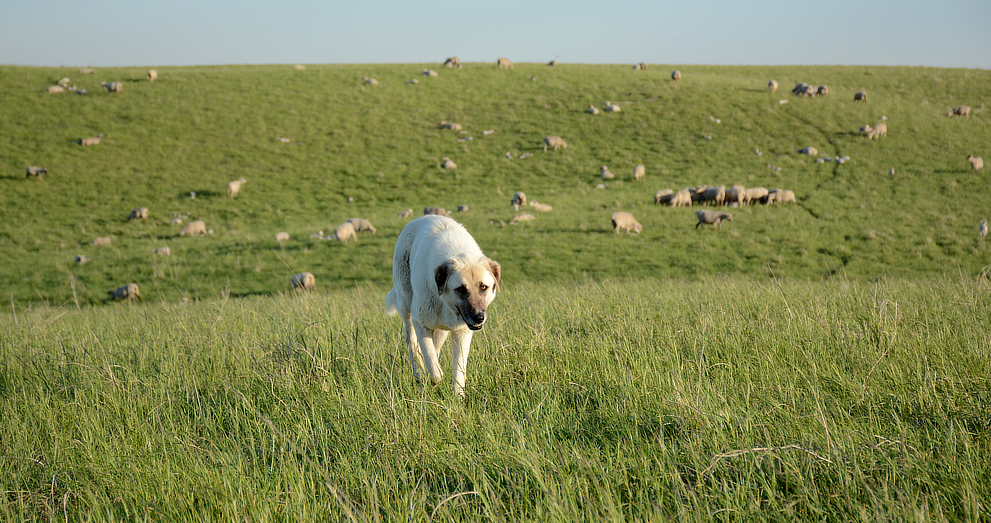 All six guardian dogs are with the flock and Zeus travels back and forth between his group of sheep and the main group.  While I’d like to believe this is due to some altruistic feeling on their part it is far more likely due to the plentitude of afterbirth that is present in the thick of lambing.

With so many lambs successfully on the ground it’s frustrating to come up against a problem so soon, but we have.  I am finding injured and dead lambs who are partially eaten.  When ever kills take place there is a myriad of suspicions that pop up and while the injuries on the lambs most likely indicate a bird or a fox, the guardian dogs are also suspect and under watch.

Given that we have young pups we automatically take into account that lambs became too tempting and the youngsters could be up to no good.  Wren is thirteen months and Birdie is six months.  Last summer when Wren was a wee pup, she and Crow were set with orphan bottle lambs (no ewes present) and they learned they could play with lambs.  That experience convinced me never to raise another pup with orphan lambs.  All my previous pups were raised with adult sheep.

With all the time I’ve spent on pasture during lambing I’ve been able to keep an eye on the youngsters.  They play together frequently which is good as it leaves little energy for other mischief. 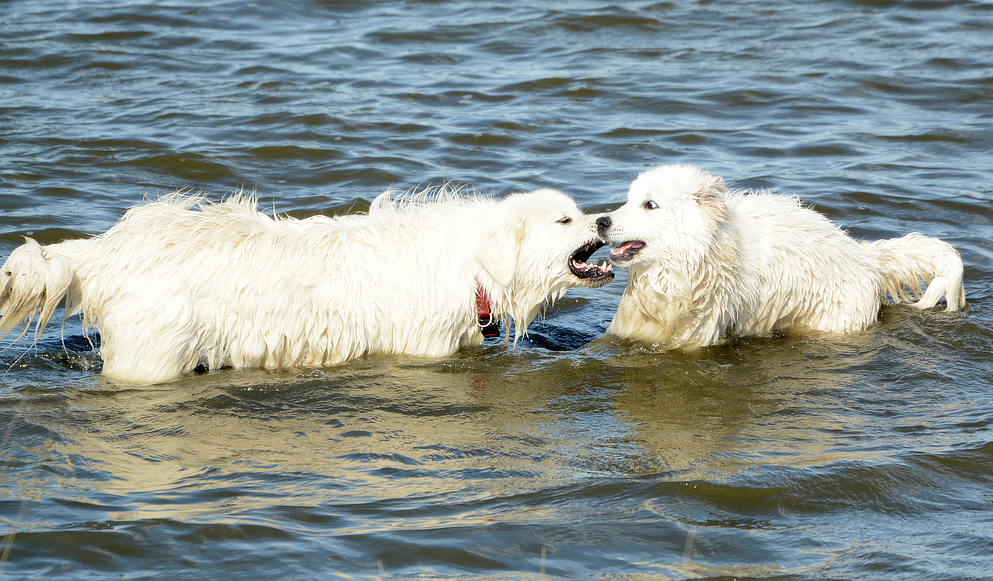 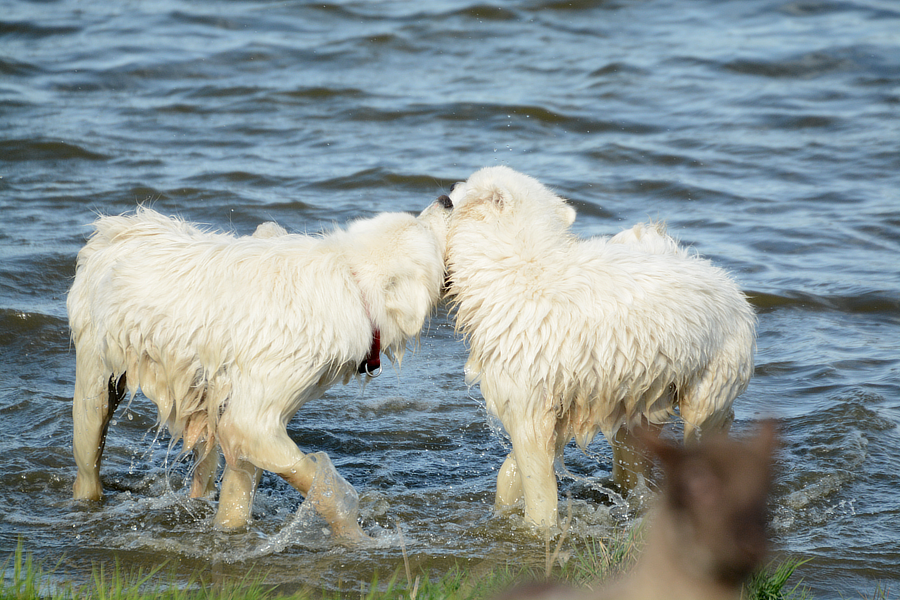 I’ve gotten in a couple good corrections at the start of rough housing with lambs.  Birdie got the message loud and clear, Wren not so much.  The ewes also correct the young dogs for hanging out too close to lambs, by way of a charge and head butting and both dogs got that message loud and clear and are aware of that consequence.  They make a wide skirt around any ewe who stomps her feet or dips her head.

There is also abundant good behaviour being displayed by the young dogs and nothing to indicate predatory intention.  I’ve watched them decide not to bother lambs who are running pel-mel and instead go off to play with each other.  I’ve watch Birdie get caught up in a wave of sprinting lambs and just lay down until they passed. I’ve watched Wren approach unattended sleeping lambs, give a sniff and then carry on.  So while I’m suspicious I’m also doubtful that the pups are responsible, or if they are it will be a matter we can tend to. 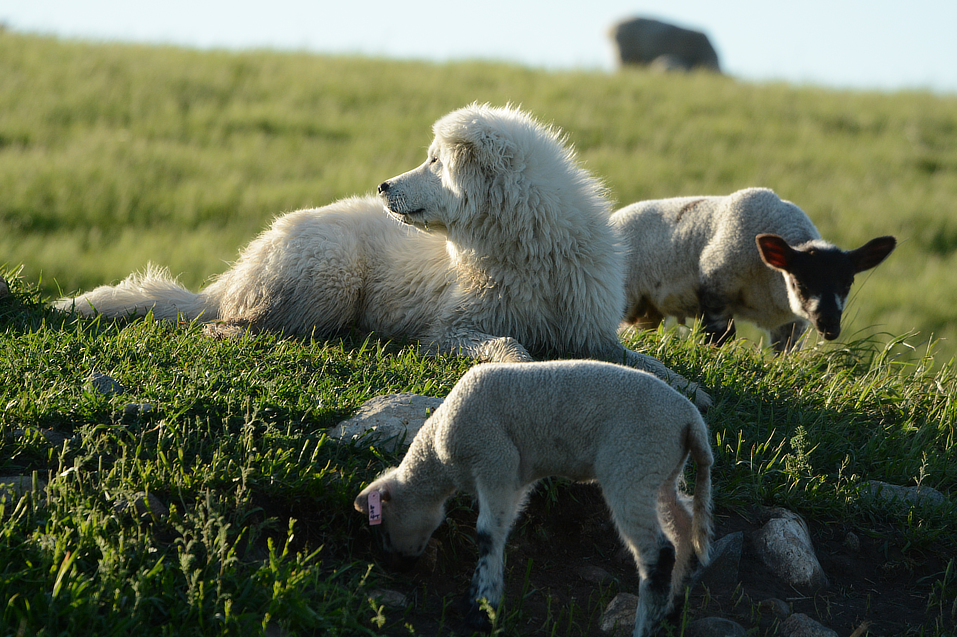 The other dog under suspicion as of yesterday is Zeus because the kills coincided with the start of his tours of the lambing pasture and Zeus and a past dog, Diesel, spent considerable time together before we discovered Diesel was a lamb killer. It’s all too easy for one dog to show another how hunting is done and we wonder if this is the case with Zeus.

So, Birdie gets the benefit of the doubt for now but Wren and Zeus get tied up when we are not around to supervise.  We’re hoping by process of elimination we can determine if one or both are involved.  It’s a bitter irony to be wishing another lamb kill or injury happens so you can rule out your dog had anything to do with it but that’s exactly the position I’m in. 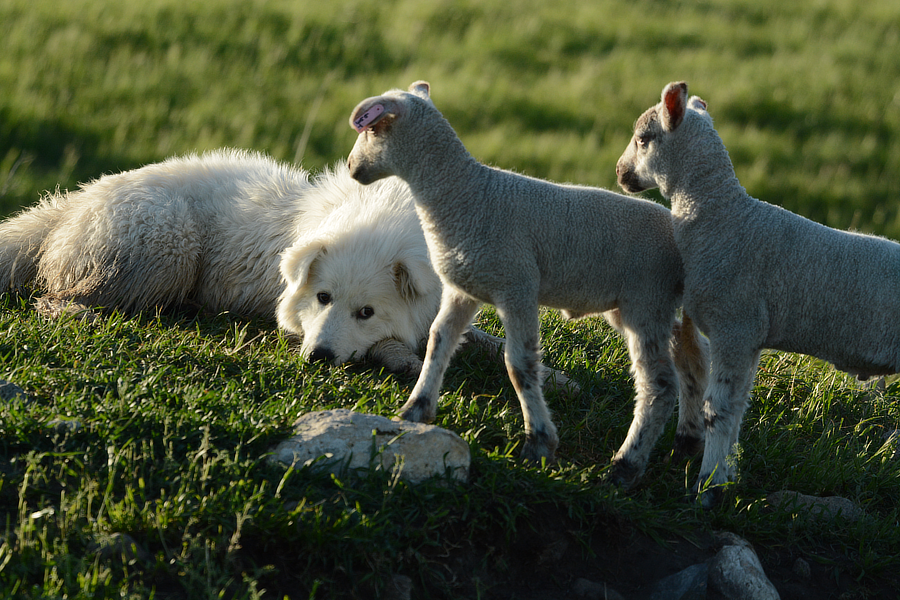 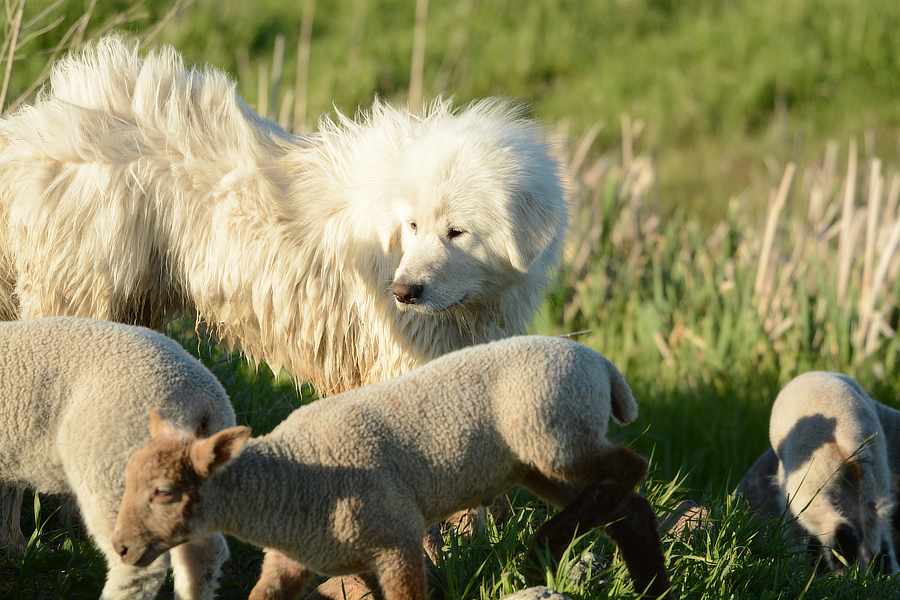