Small celebration today - the sheep moved into the native prairie to graze.  I thought they might have been over there yesterday but of course when I went out for the evening chores they had all returned to where I had rolled out hay.  Today I was out in the afternoon and there they were, rooting in the native prairie.  Remarkably I had a phone with me so I took a couple photos as proof for Allen. 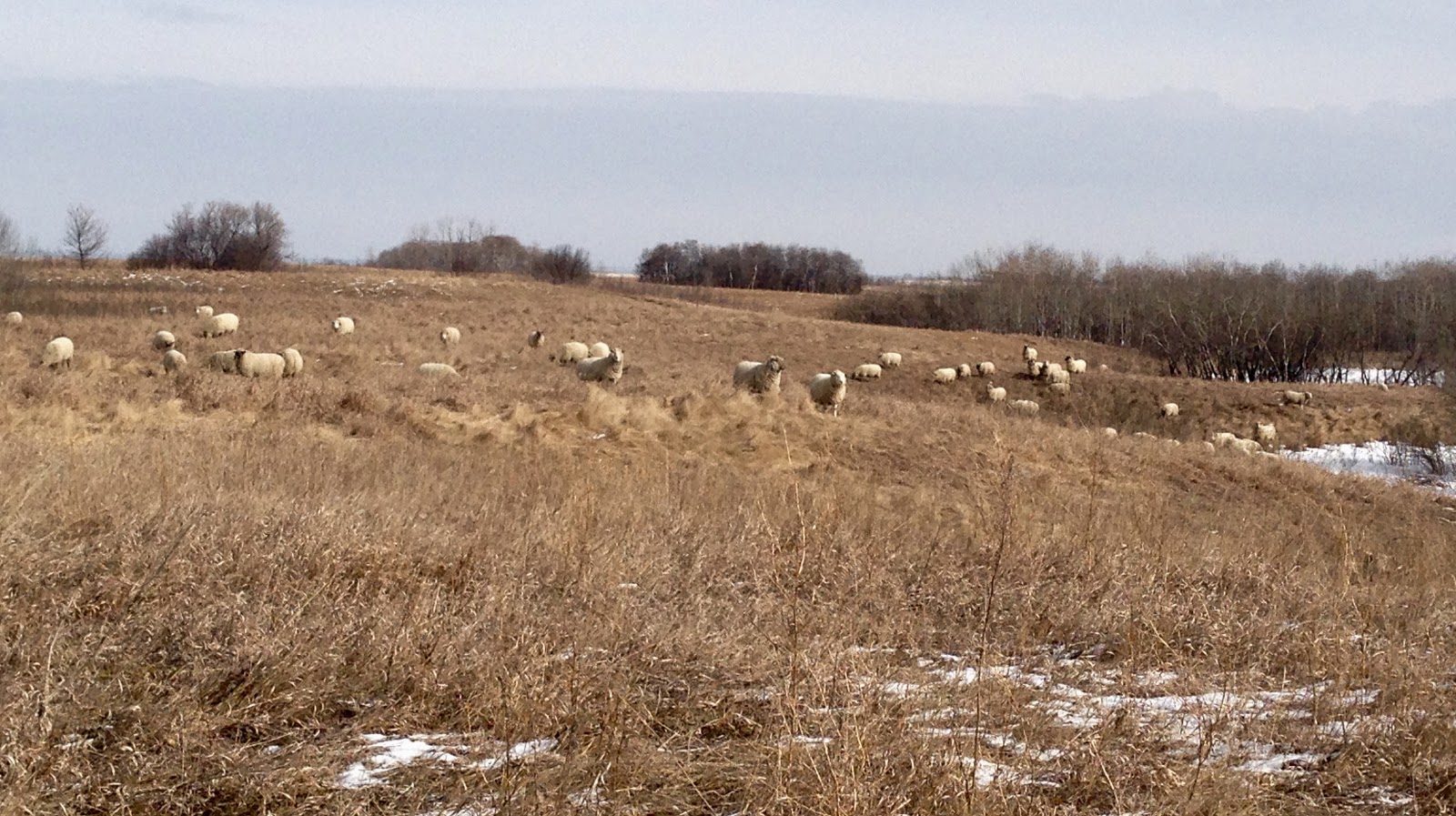 I’ve been wishing and wanting the sheep to graze there as the prairie needs some disturbance of its heavy thatch.  They have access to an open milk vetch pasture and access to this native prairie pasture.  The area they bed down in is roughly between the two pastures so each morn they get up and chose where to go.  To date they’ve been heading to the milk vetch pasture.

This piece of pasture also has plenty of bush which cuts it up and sheep can get separated easily.  It does make me a tad nervous that they’re in this ‘wilder’ space but still pleased. 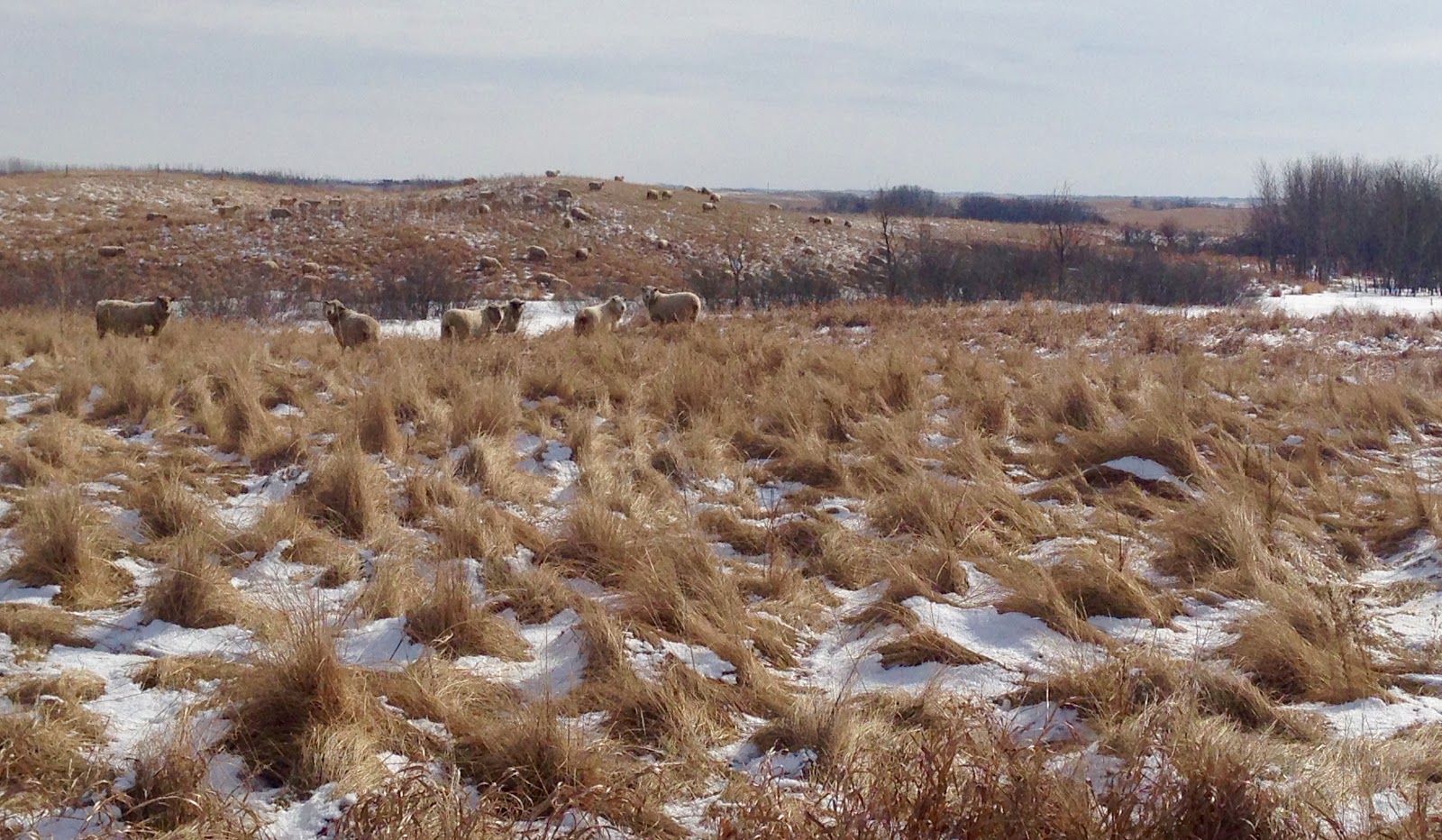