Today was a very full day of sheep work. Cajun and Coyote Mic got the job of bringing the flock off pasture and moving the ewes up to the barn paddock and packing the alleyway. After a spell of no stock work they relished in the work today. I think Coyote Mic ramped it up a notch although her speed could very well have been on account of trying to stay warm in the cold. Because it’s still cold out, once we had the flock where needed, I put the dogs up as having them wait on us in between stints of work was going to be very cold.

Earlier in the fall I agreed to sell some young breeding animals. Today we sorted those individuals as well as any cull ewes, meaning we had to do a quick check of each animal. The breeding animals will be loaded up in a couple days time and headed to a new place. We’ll keep the cull ewes separate from the flock for now since it’s time for breeding the ewe flock. To that end, we also sorted the rams from the wethers (which are my dogging sheep). This was the easiest sort because as soon as we had a group of ewes in the holding pen the rams gathered on the outside. A slight opening of a panel and the rams slipped right in, while the wethers stood in contemplation of whether or not the ewes were really more interesting than the new hay feed put out for them.

It was a full day in the cold, but it went smoothly, and with the sorting done, breeding is underway.

The main pack of guardian dogs headed right back out with the flock, well aware that rams had joined the group. Meanwhile Zeus makes a small adjustment with his rams leaving and a new group of females joining the group of wethers.

In closing, one more of the photos from the other night with the guardian dogs, (also shared on Facebook). 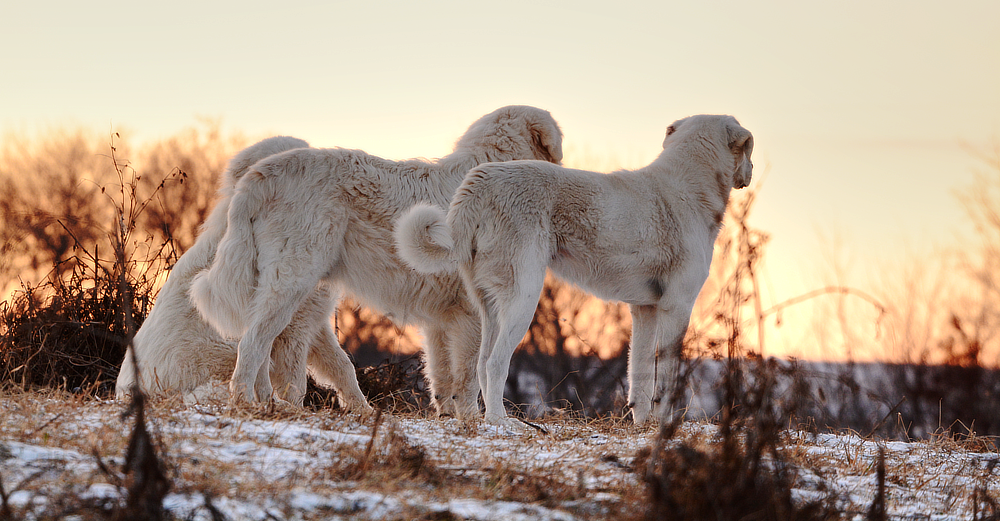