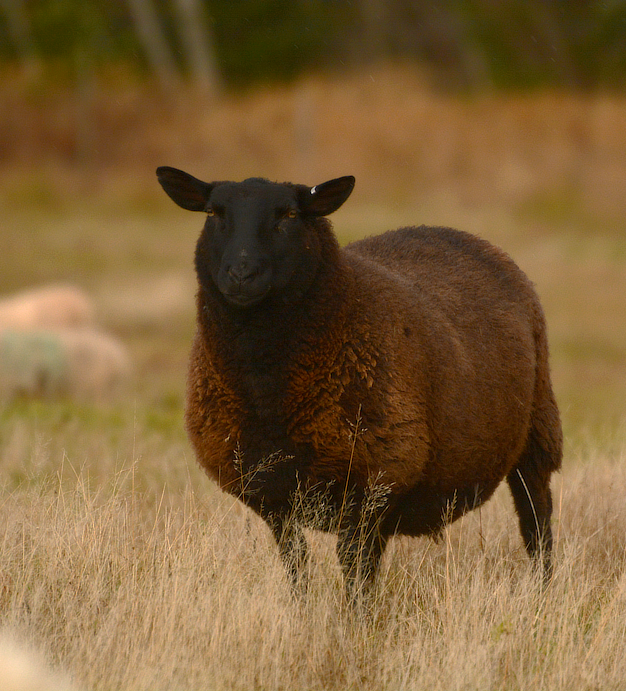 I gave myself a small mission for the trip to Nova Scotia - to visit with a flock of sheep and their guardians as I have done in Montana and here at home in my own province. Having that small goal helped me get through the meeting portion of the trip.

Before leaving from home I touched base with a stranger known to me as Nova Scotia Shepherd, whom I follow on twitter. Would they mind a visitor who wanted to take some photographs? As it turns out, this person follows me through my Crooked Fences Newsletter and this blog, and were happy to meet up. We both have a similar approach to raising sheep on grass, and a deep appreciation of guardian dogs. 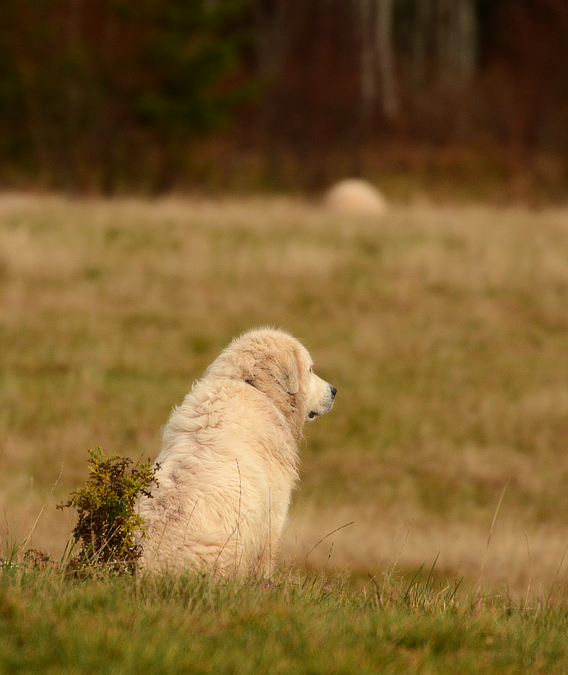 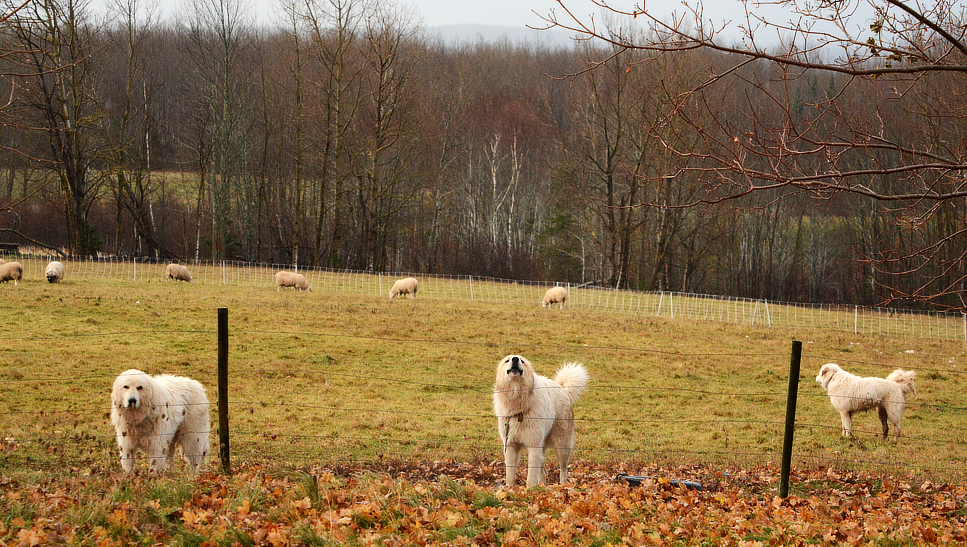 In hindsight it was a good plan to make the connection since many sheep flocks in Nova Scotia are reared indoors so you don’t see many sheep just driving around. While I toured only a small piece of the province, I saw just one other group of sheep in a front yard paddock.

When I arrived the sun peaked out in an otherwise very rainy day, and I was greeted with a volley of barking which quickly tapered off as we walked out to watch the flock.  There is a large flock here and seven dogs.  The dogs were alert and watchful as one would expect.  I was observed the whole duration of my visit by one dog or another, and was occasionally followed, although none of the dogs sought any direct attention from me.  They went about their business and I went about taking photos and visiting with Matt and Tasha, my gracious hosts. 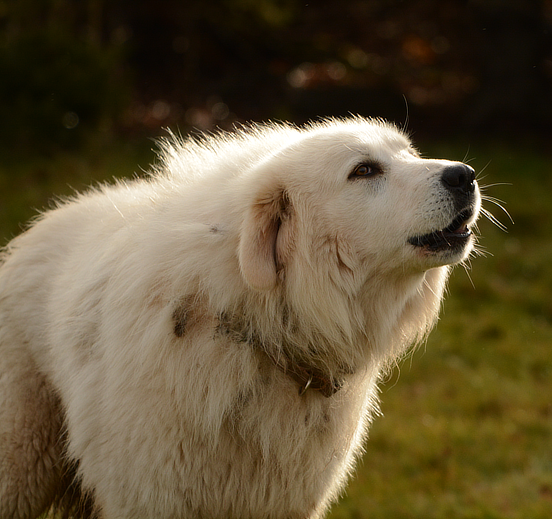 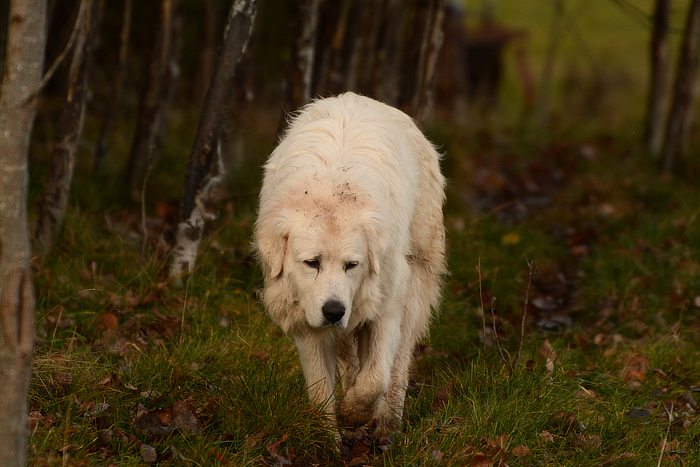 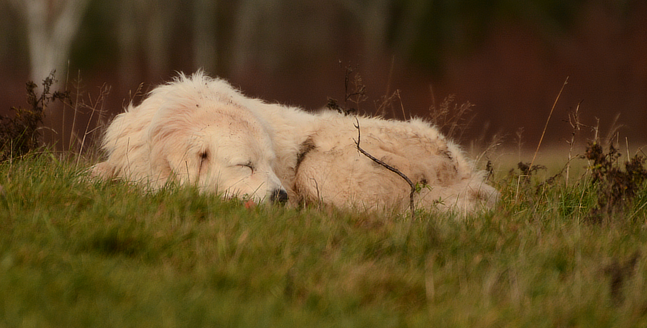 Once the dogs determined I was not an immediate threat, peace resumed.  After an hour long visit I continued on my way.  Not a bad way to spend a spot of one's afternoon I thought.