Fox in The Foxtail

I appreciate the thoughts on Crow. I’ve never been able to make such choices lightly. His voice in the night keeps me awake trying to convince myself I can sell him. It's obvious he is a pup with a huge heart, and I am struck by his steadfast, persistent personality.  I also know what he could mean to another person who had a job perfectly suited to who he is.

Meanwhile, I want to share these fox photos before they get lost in the way-back-then file. They were taken in late September on a calm evening, while checking the flock. 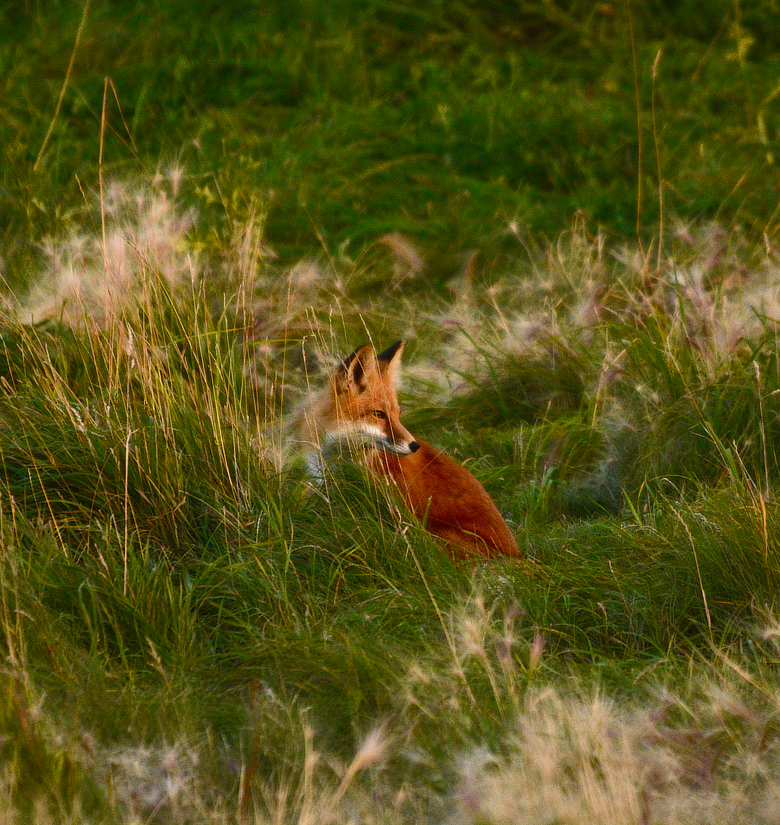 There are foxes around every year and I love to see them. This year they have a den in the hay bale stack. There is a continual fox and hound story going on here as the guardian dogs and the Kelpies are forever in pursuit of the foxes. The Kelpies and fox cross paths frequently on our daily romps and more than once the fox has passed right in front of me on a dead run away from five, yipping Kelpies.

I was not the only one immersed in watching this fellow on this evening; the lambs were too.  There is so much time that we are not seeing what is going on outside, it is remarkable to step into a moment of time and place and watch wild animals, and to watch animals watch each other. 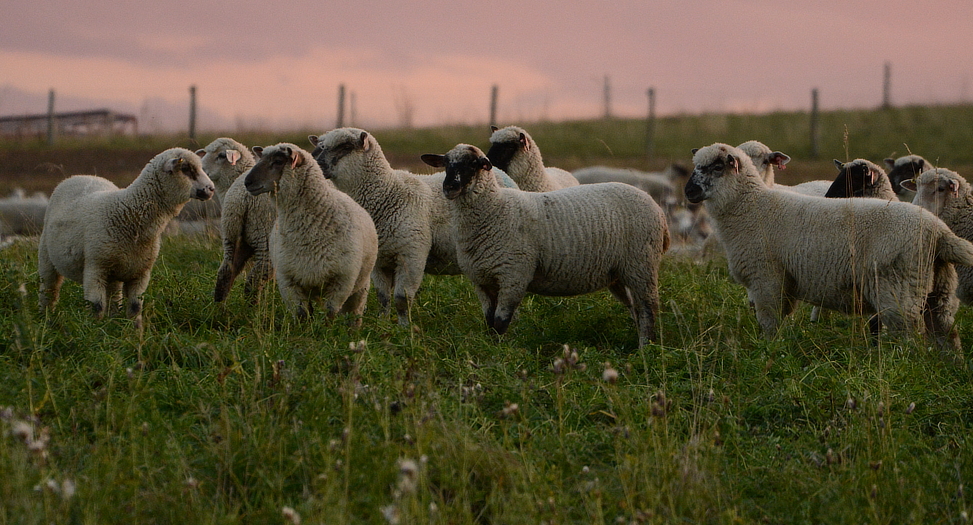 The sheep are not usually alarmed by foxes and they pass near the flock without causing much stir unless a guardian dog spies them.  On the very rare occasion the guardian dogs manage to catch one. When they do, the fox loses. 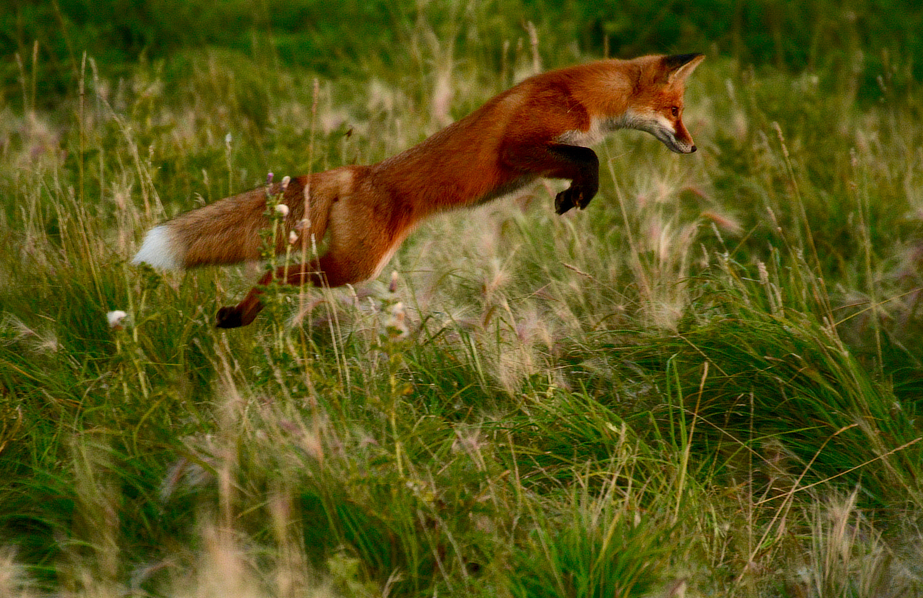 I’ll post a short string of these fox photos on my Facebook page over the next few days.