The guardian pups have had a few adventures since we last spoke of them.  These photos are from three weeks ago, not that long ago on the calendar but many happenings ago in the time between then and now.  Since then the pups have experienced a few day trips to pasture.

Where ever there is a large group of sheep and hopefully an adult dog or two is where I’ll set the pups on the ground.  On this trip we stop near the water bus since sheep are passing by here and a couple of the adult dogs are nearby. 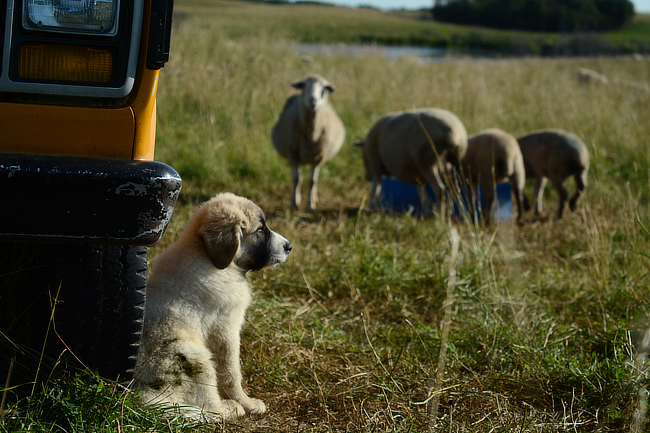 Within a few moments the adults dogs arrive for their meal. The pups met Zeus early on when he made his rounds of the place and are excited to greet a familiar adult.  Wren is very eager to meet the adults, almost like she knows she needs them and thus works hard to win them over.  She is sorting out how to do so with each adult. 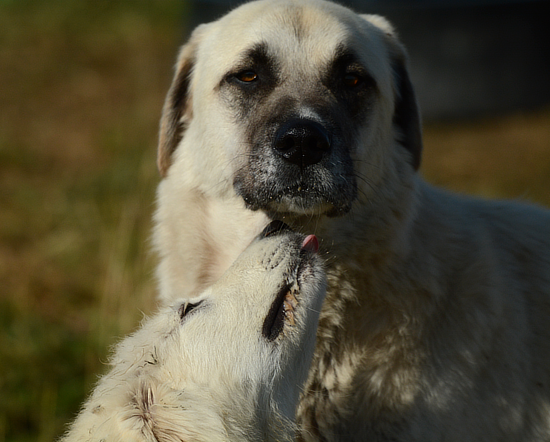 Crow on the other hand is indifferent to the adults.  He wants to get to know them but it doesn’t matter too much if he can’t.  He is wise enough to respect them and gives them distance.  Wren is the pup always licking at the face of the others, Crow does no such thing.

Lily is the least welcoming toward the pups and Wren tries hard to win her over every time out.  It hasn’t worked yet.  Lily feels the pups are nothing but nuisances.  Interestingly enough, Lily is the first adult the pups take to following around and she is beginning to soften toward them. 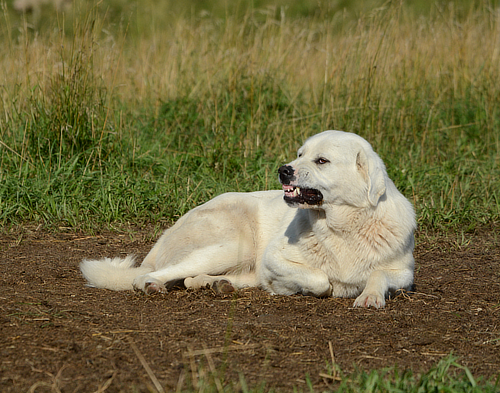 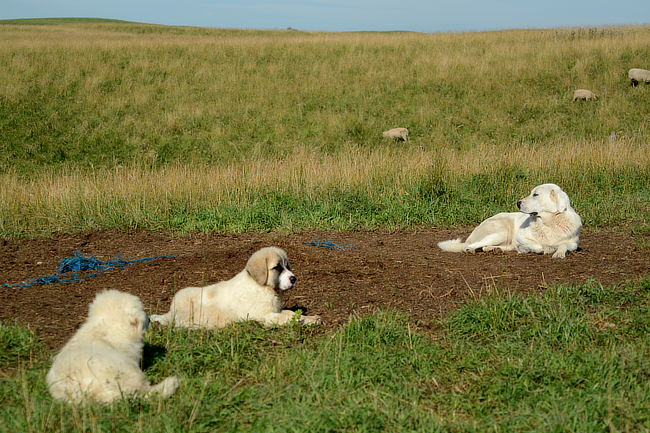 While everything is new to the pups, the sheep also take notice that there are new dogs around.  Some ewes are acting very suspicious of the newcomers, especially of Crow.  On one of our subsequent trips out he received a hard hit from a ewe who hunted him. 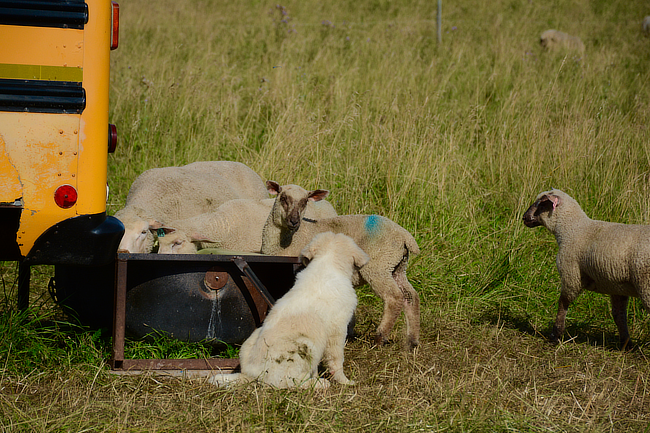 Throughout all this I float around and take photos.  I don’t encourage or discourage the pups in any way, unless I must.  When all the greetings are through I play it neutral and sit at the Ranger to wait.  Having no incentive to hang with me the pups venture off.  I am encouraged to see them follow a trail of sheep. 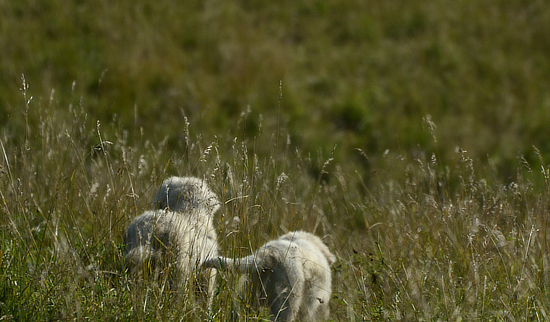 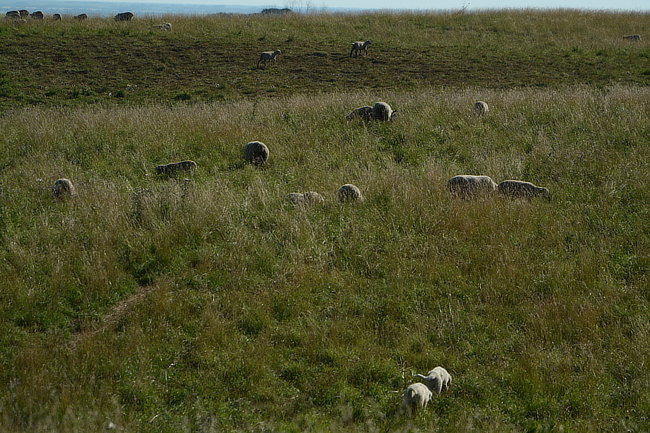 They have learned that the ranger brings us and hence brings food, which is still critically important to them at this age.   They do not venture so far as to lose sight of the Ranger.  I try leaving but the sound of the Ranger starting up, encourages them to come back.  When they do they are quick to lie down for a nap.

All this new stuff and big spaces is tiring and soon we load up and head back home. 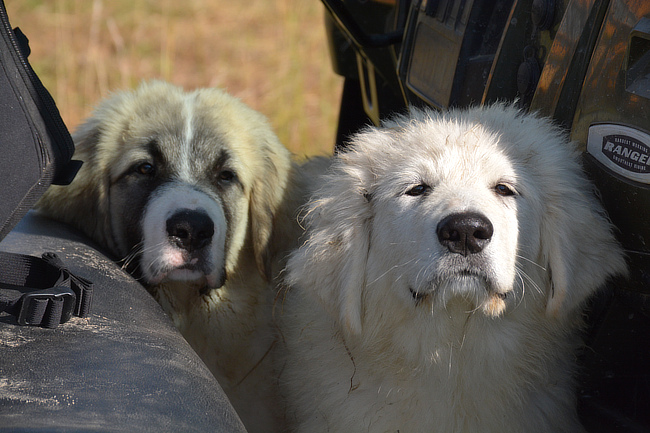