Upon returning from Oregon to Montana I had one day to fit in a visit to a sheep and cattle ranch, on recommendation from the neighbours.  This place was an hour away and Allen was willing to get our stuff and the dogs packed and ready to head for home while I went photographing.

The visit did not disappoint.  There were sheep (many, many sheep), goats, cattle and 12 or 15 guardian dogs; the rancher couldn’t peg the number down for sure.  The sheep and lambing sheds were located about a mile from the house, on an original homestead and in an area ripe with trees. 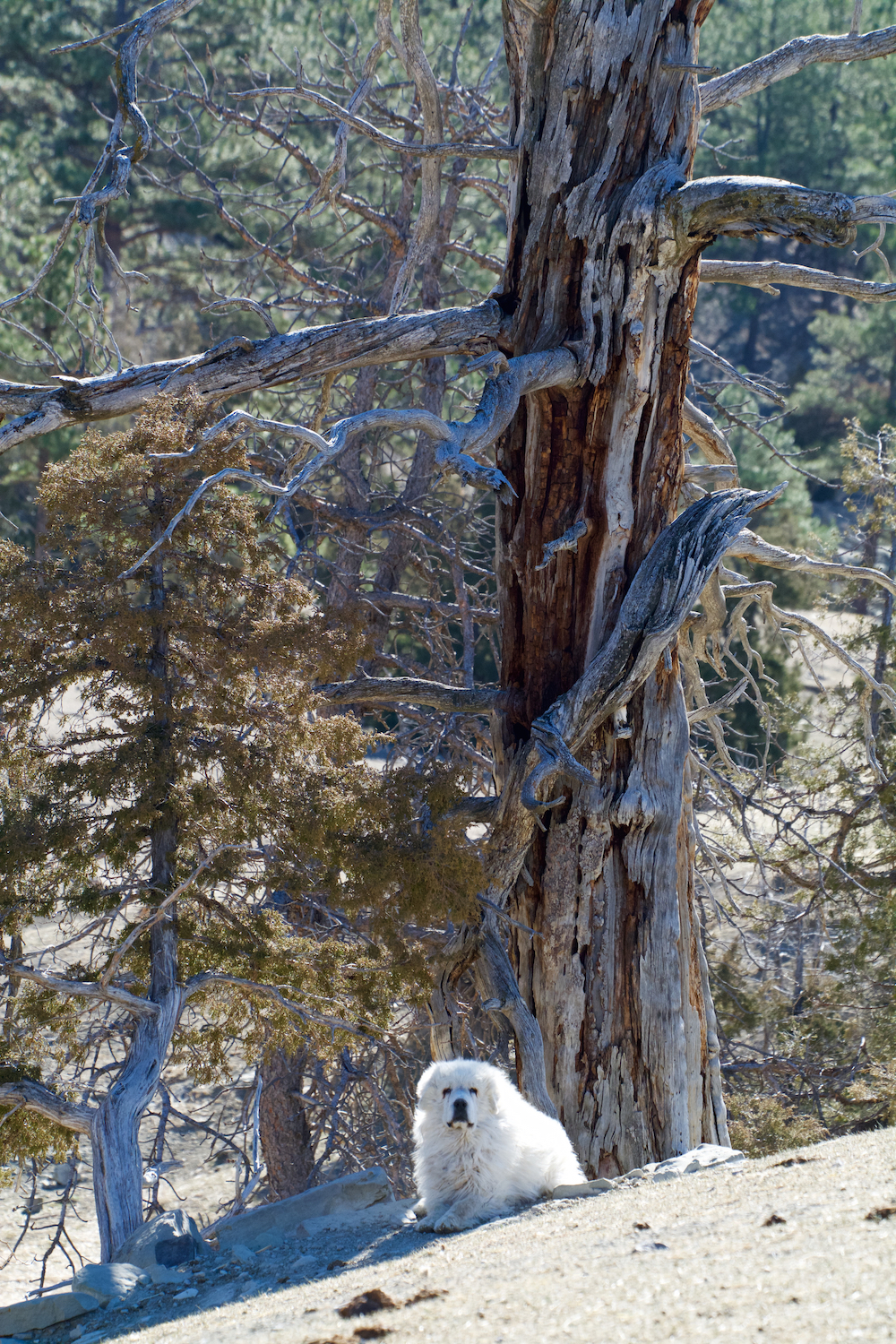 The rancher was busy checking the days newborns when I arrived.  After a quick hello I was left to photograph and then make my leave when I was through.  I passed three dogs on the trail to the lambing sheds and spied another three in the paddocks with the large bands of sheep.  I decided to start there. 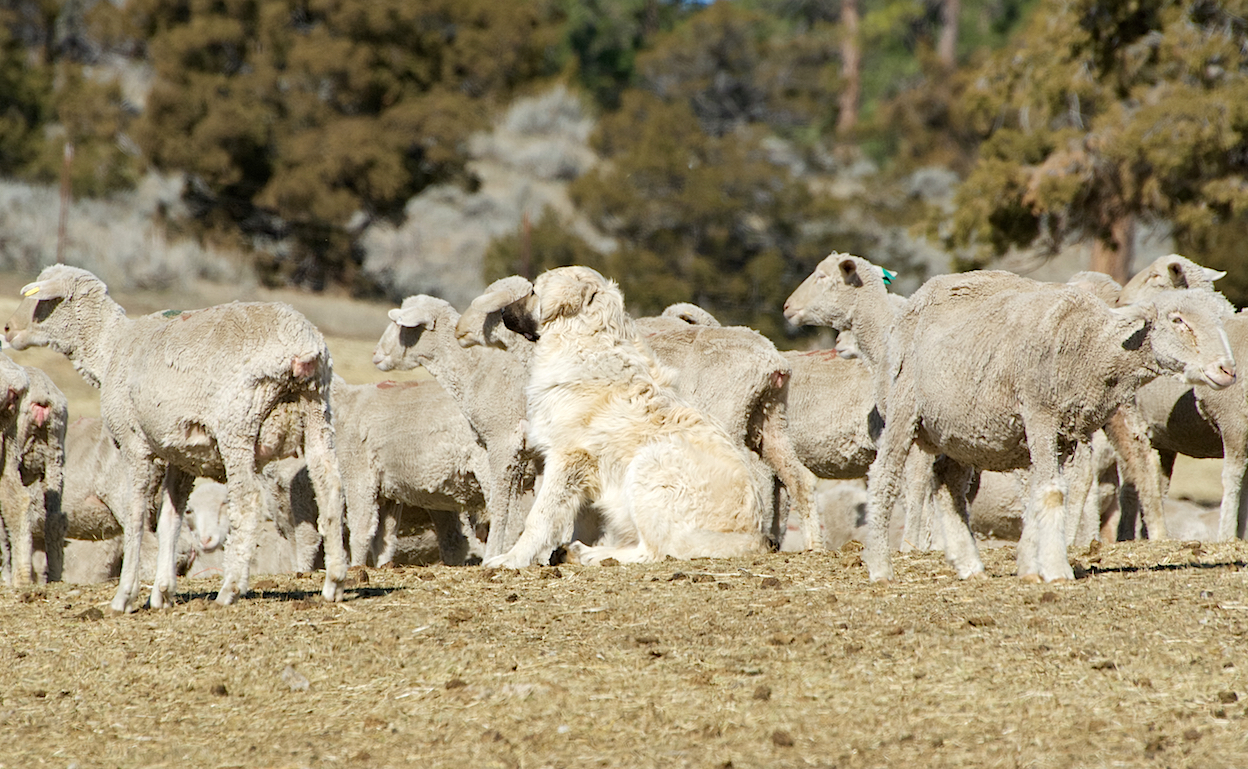 I was pretty sure I wouldn’t find all twelve dogs but I’d stay as long as I could and get some.  Once again none of the dogs were interested in approaching for pets.  The rancher indicated most were handled regularly and only one or two were untouchable. 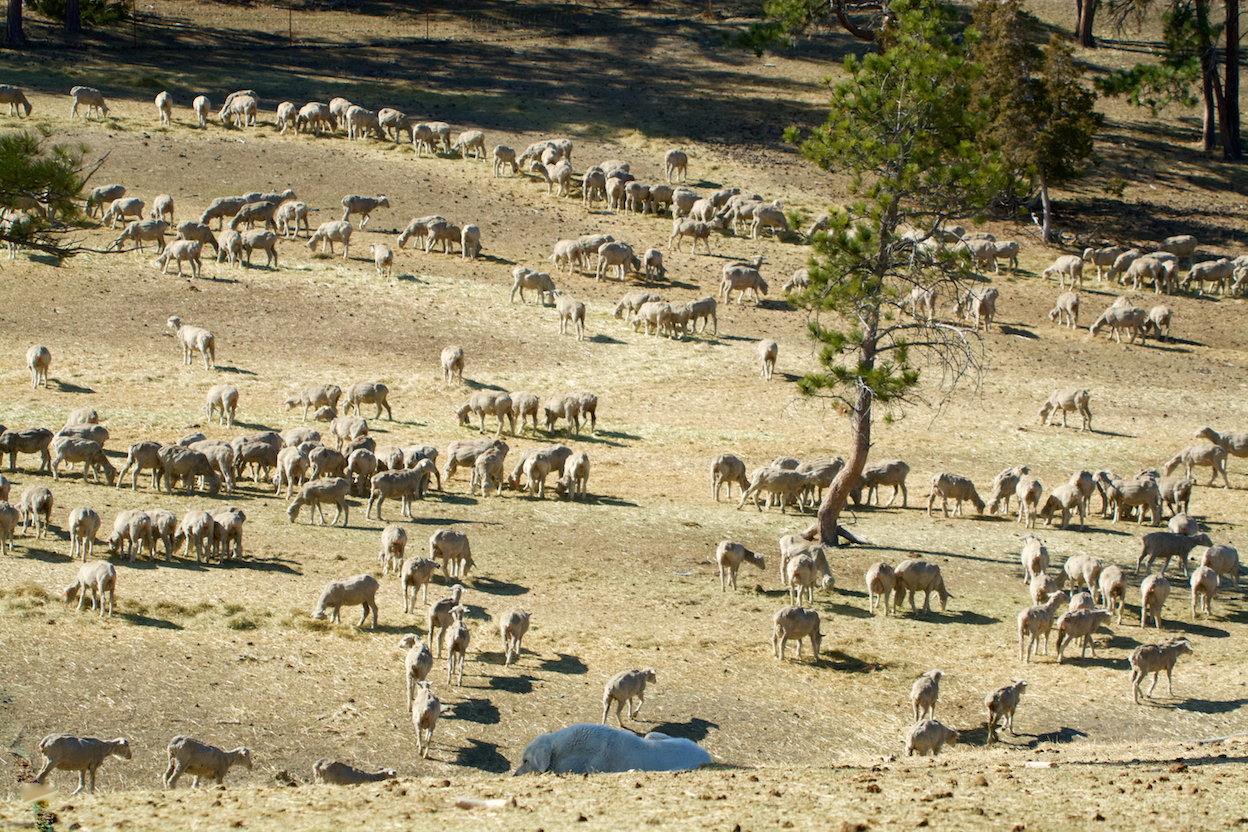 These dogs were calm as could be, almost aloof and uncaring really, or else they were just plain tuckered out.  No one even uttered a bark.  They face some serious predators, including large cats and wolves. 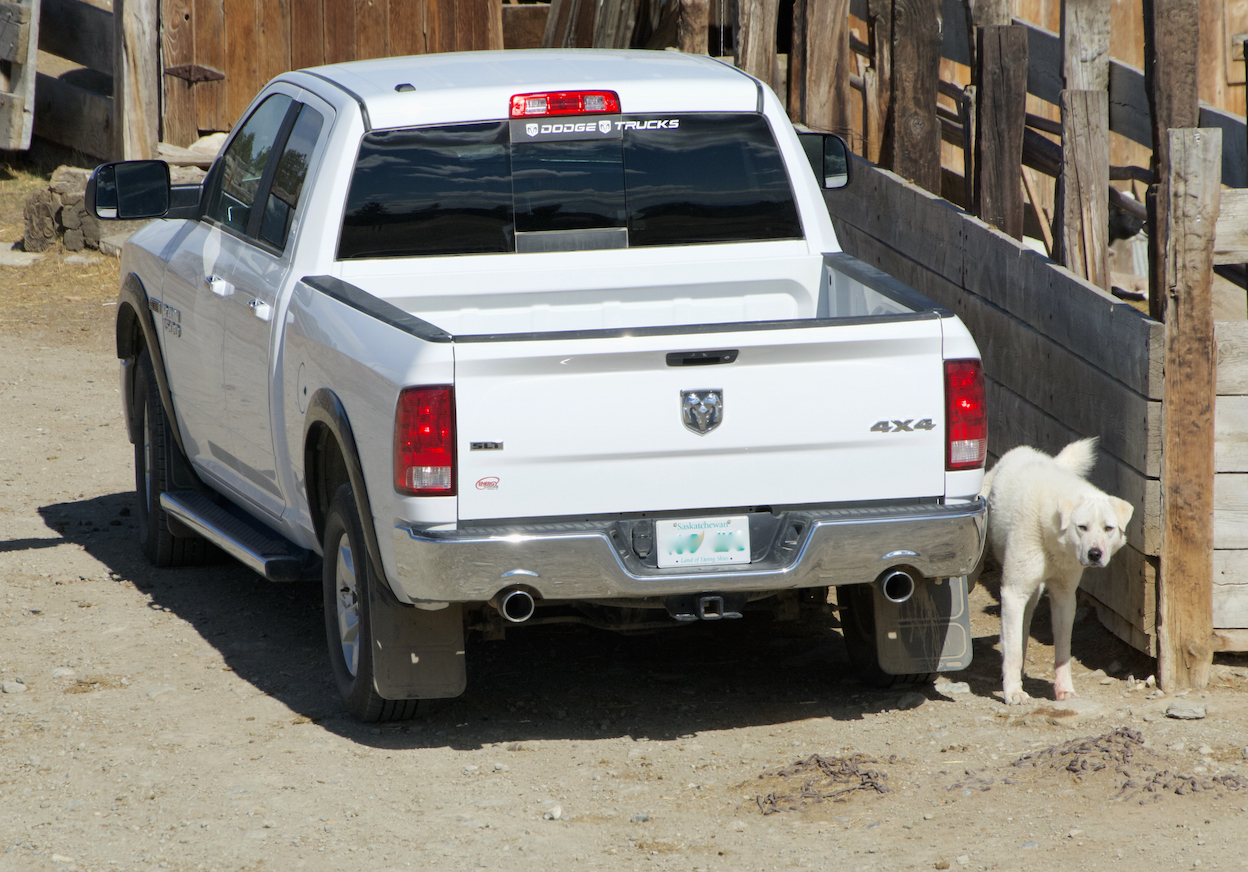 My truck was inspected once I moved away from it.  Each time I turned a new direction there was a dog nearby and while I took photos it started to feel as though the dogs were watching me, rather than the other way around. 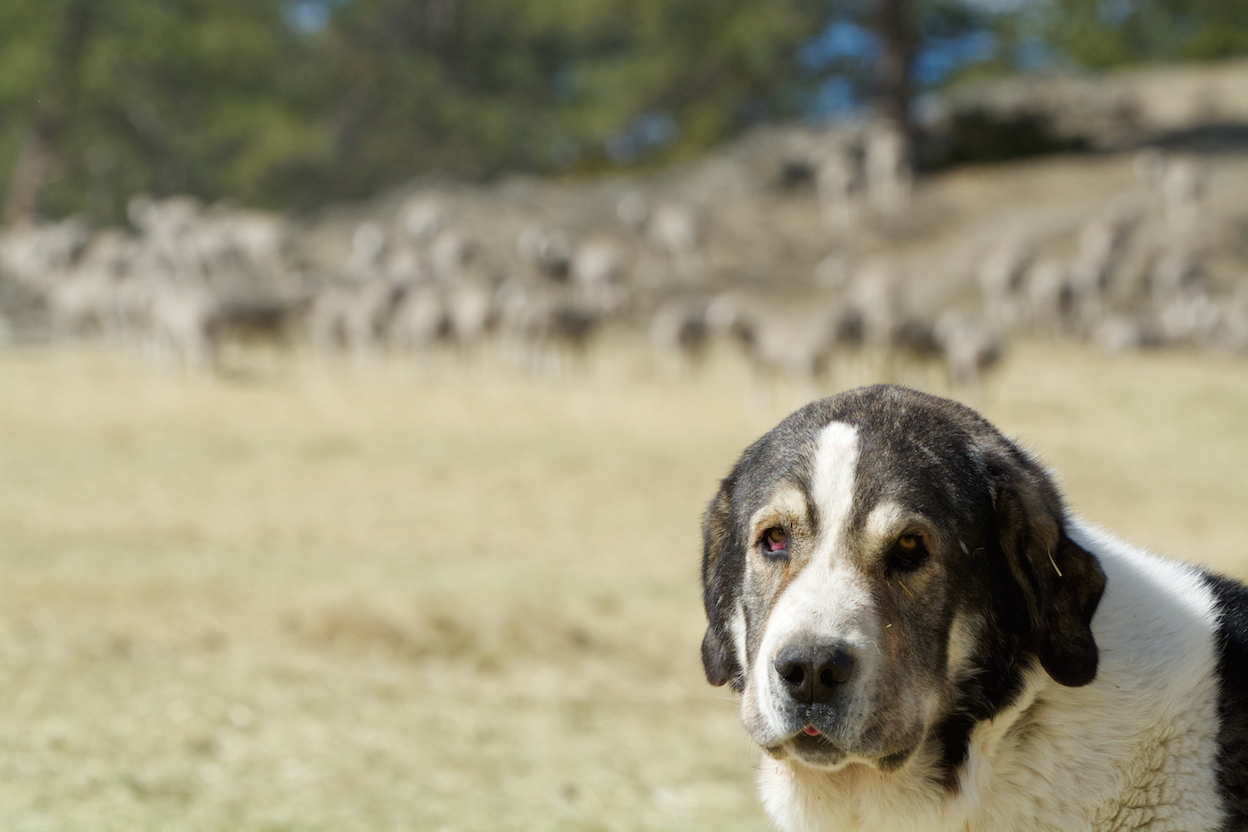 This Spanish Mastiff cross lay patiently while I photographed him and when the band of ewes moved off and I followed them, he follows me and investigates the truck along the way. 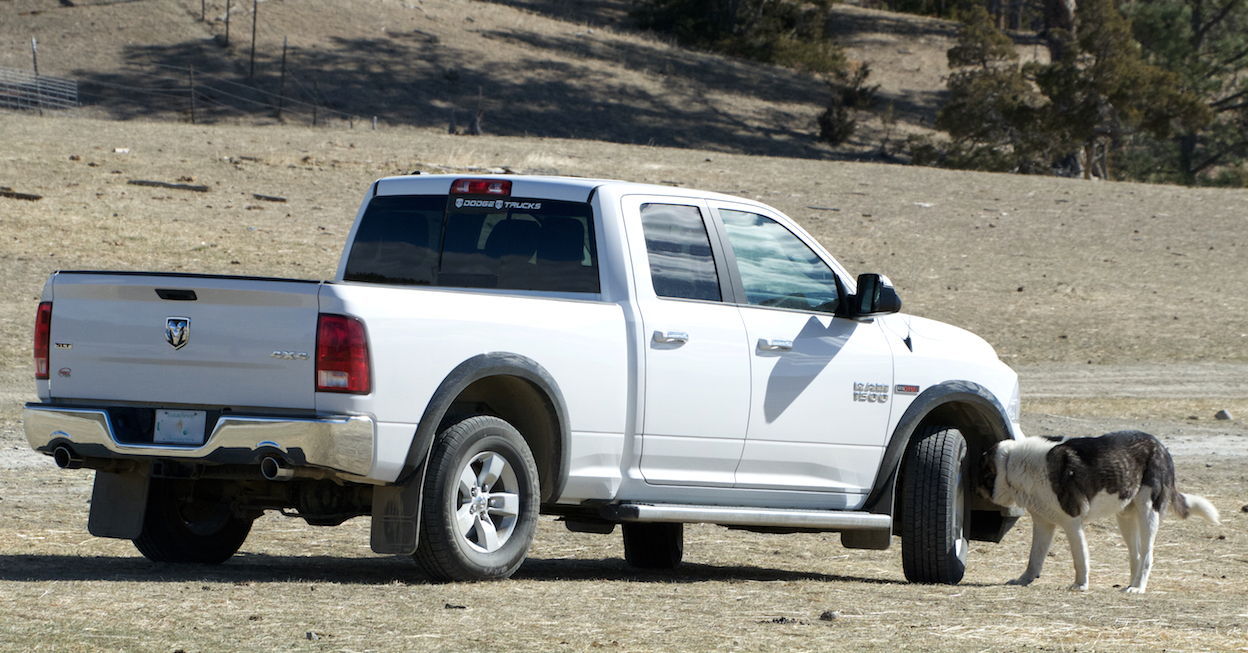 When I stop he approaches to arms length and visits a spell and then moves off to mark territory and travel to the ewes.  The ewes are Targhee's with a few oddities in the mix, such as a Lincoln Longwool. 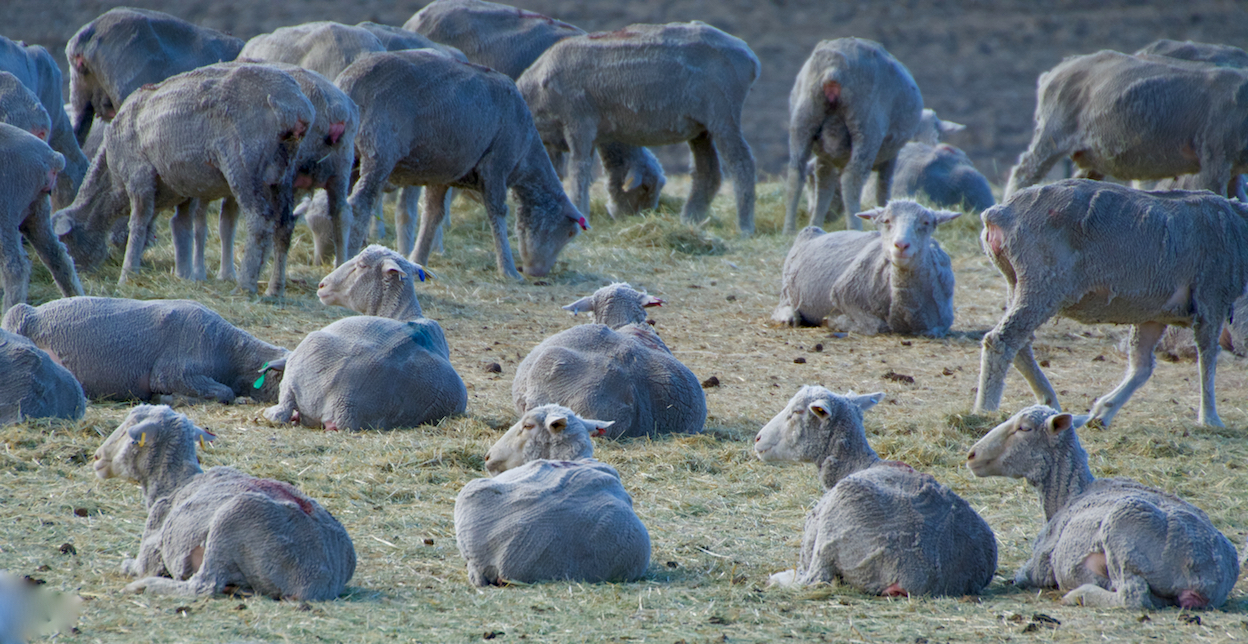 This white dog is one of the elusive dogs and the moment I approach for a closer photo she flees along the fence line.  While I get some photos with the big lens, I respect her choice, not everyone likes to visit.  I call her a she just because. 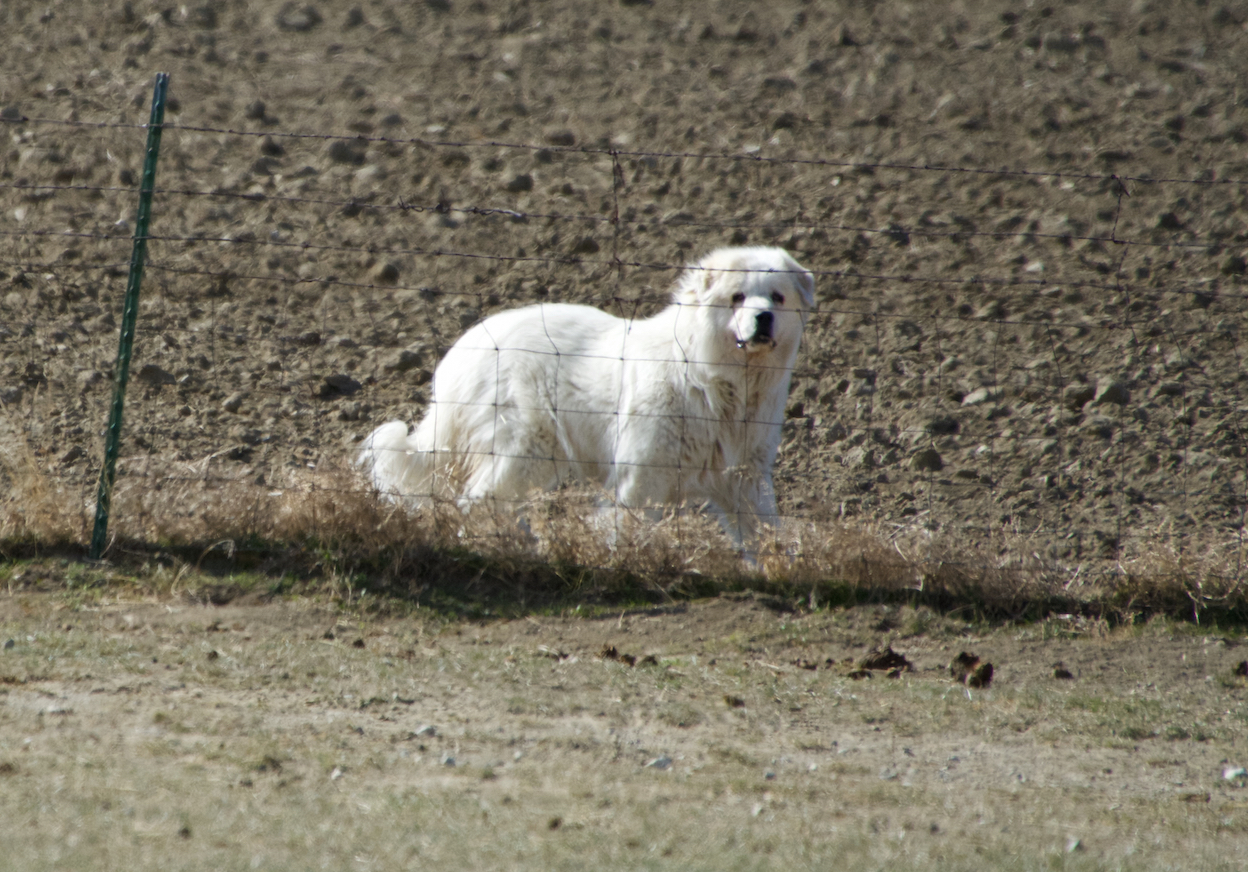 This visit netted just shy of two hundred photos, after deletions.  As you can imagine it's pretty difficult to select a few for one blog post.  I hope these few do this visit some justice at least, and I'll keep sharing in the future.