We are preparing to sell some cull ewes so there was a little bit of sheep work to bring the small group in and tag them (in Canada, all sheep leaving the premise must be tagged with a specific type of ear tag).

BJ and I headed out to tackle the job.  The stock dogs have had several weeks off from stock work so BJ and I were a little rusty in footwork and teamwork.  Me more so than her.  We had to gather the group and move them a short distance to the building but we got off route three times with her deciding which flanks to do regardless of direction from me. 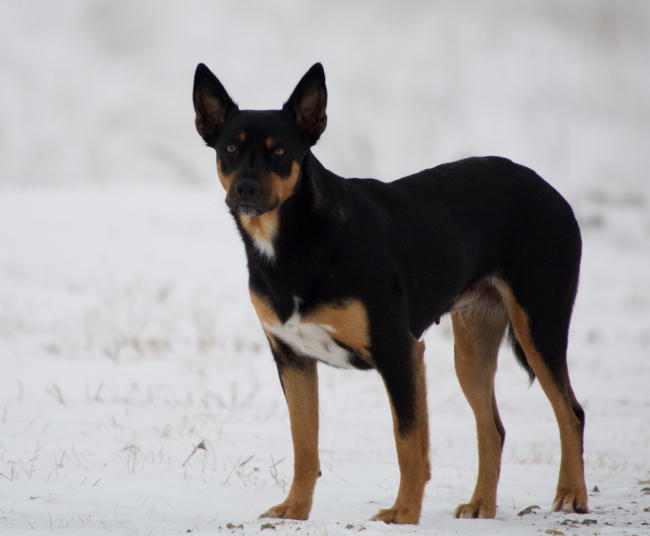 When I was through with sorting and tagging, I brought the puppy BlackJack out and introduced him to a small group of wethers that were left over.  BlackJack has a bull in a china shop kind of personality and his work style is similar.  He’s going to be an interesting dog to train up.  I expect he’ll be ready for training right around springtime when the weather turns.

The stock dogs live in anticipation of heading toward the training area and they watch eagerly when I head that way with one of them.  I swear that those dogs who didn’t get to work were very put out, making me conclude that I have about two dogs too many.  It’s the wrong point in life to think of this but when else would I think about it if not at the point of too many.  Fortunately I’m lousy about selling dogs, so I guess we’ll all make do and share the work.