Skip to main content
Labels
Posted by Unknown May 03, 2015

With lambing approaching it is time to vaccinate the flock, so we took on that job this weekend. 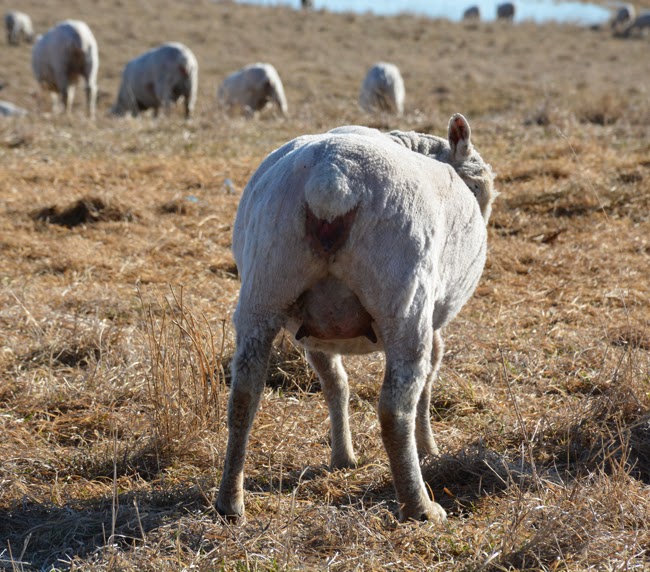 I prefer to bring the girls off pasture the evening before and let them spend the night in one of the paddocks near to the building.  This way the work of bringing four hundred animals home is done, making the day of vaccinating that much lighter.  I also think it is less stressful on the ewes this way.

We have used portable panels for our handling set up for many years, which allows us to change it as needed, and we’ve needed to change it many, many times in our attempts to create a handling set up that animals will flow into rather than be man-handled into.  I think we finally have it.

Since it worked on shearing day, we kept the same long raceway set up.  We skipped using the head gate altogether, putting an end gate in place instead.  We opened the large door at the front of the building which is where the raceway leads to and the ewes exit.  A couple stock dogs and I moved the flock from the paddock to the wide outdoor alley and started the first few into the bugle and heading down the raceway.  After that the ewes followed each other through and it was only when we got down to the remaining hundred animals or so that the dogs and I had to move them up again.

It made a huge difference.  We anticipated a long day doing vaccinations and were pleasantly surprised to be wrapped up and done, with the ewes returned to the pasture, well before noon.  It went so smoothly Allen and I thought we might have missed something.  We did the entire flock in half the amount of time it has taken us in the past.  We aren’t sure what else could have made that much difference.

After a decade with sheep, we might be ready to make some permanent facilities.
Labels: lambing raising sheep sheep handling