Following on the heels of the last post. These are some photos taken a couple weeks ago. Gibson is with me to check on sheep.  No particular reason that I have Gibson along. I just decided it was his turn tonight. I switch up who I take although most often it’s Cajun who rides with me right now because the ewes are wandering and Cajun is my right hand dog.

Some ewes are nearby and when I let Gibson off the Ranger his first thought is to work them... but,... not before pissing to announce he is here. Maybe it was his plot to distract the two big boys. 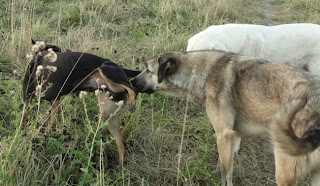 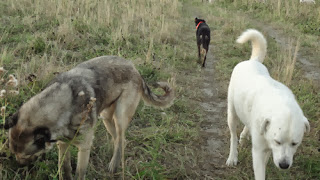 When I call him back the LGD’s are gathering around me, so they meet and greet each other. Gibbs stands for inspection. This is the type of interaction I like to let the LGD’s and stock dogs have. I want the dogs to be familiar with each other. 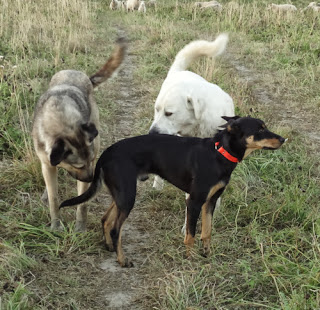 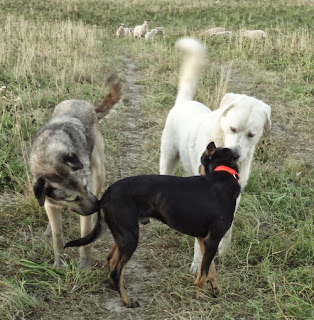 Gibb, thinking he might get one up on Oakley... 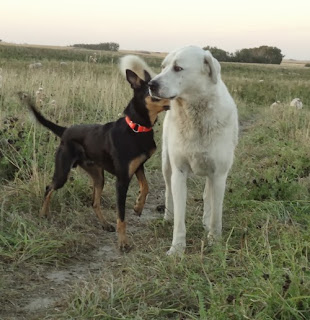 But then Glory comes along and steals Gibson's attention. They engage in some play bowing and a little frisky play. 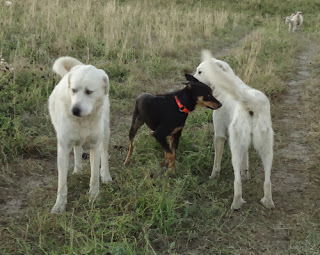 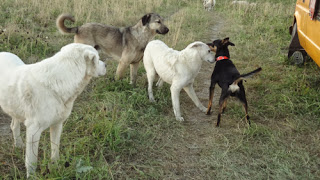 This results in more inspection by Oakley and Diesel. The most worrisome LGD is Diesel, he’s sharp and he insists on knowing who is in his territory. I always watch out for Diesel and Whiskey when sending the stock dogs to gather the flock. I don’t want those two to be surprised by the stock dogs. 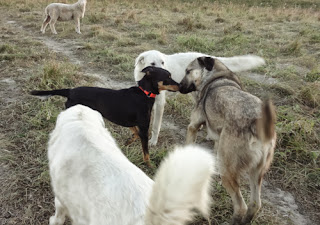 I love that there are ewes in the background, watching the show as they pass by. Right after this, Gibson leaves and begins to work sheep again.