One morning of last week, the ewes were rather tightly bunched and when I arrived they seemed to think I was there to open gates and let them move to new pasture. They were mistaken. They had to wait unit tonight to move. I’m holding them on the paddocks a few days longer than usual. There are several ewes determined that it’s time to move and they keep slipping through the fences to show me. I think they are winning the battle. They are infuriating.

All five guardian dogs were with the bunch that morning so I stayed on pasture to take pictures and was lost in time and space for a spell. I was in one spot long enough for the ewes to approach and check me out. It was a relaxing morning. I uploaded over one hundred photos from my camera :)


Tell tale signs of guardian dogs with the flock. Lol. I didn't intend the pun; I just realized it when I wrote that out. 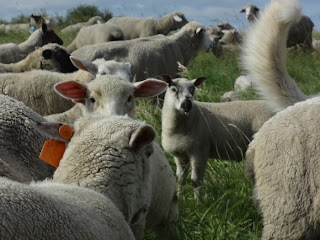 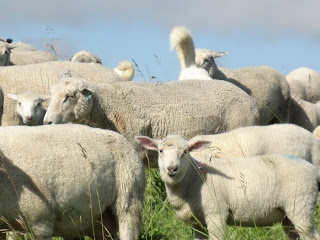 Nifty that I caught one photo of the two females and in this photo are the three males. 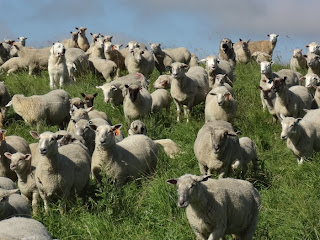